On the weekend I finished a project that's been hanging around for a while and I'm really pleased. I wanted to blog about it now for starters and possibly post some more details later on. It's a box set! 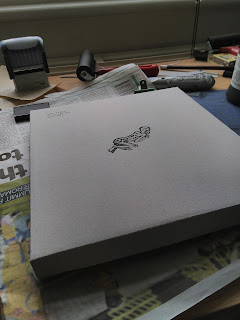 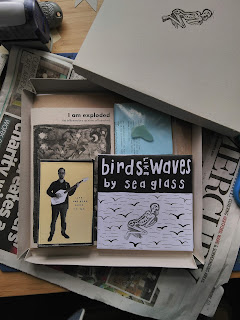 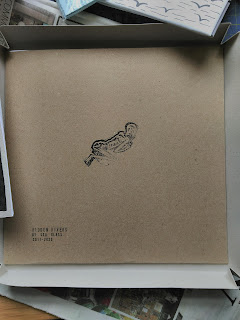 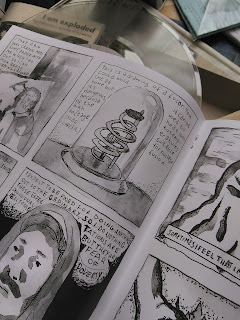 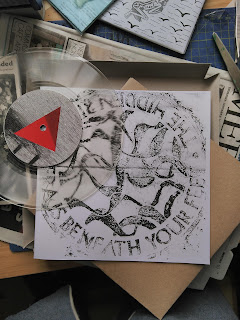 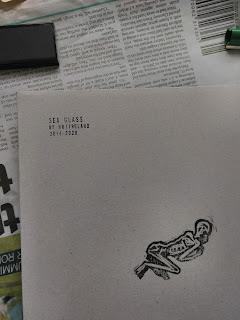 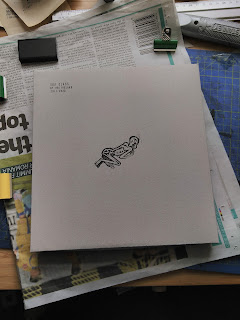 These boxes were about six year in the making (and one element of them was started nine years ago) The main holdup has been the lathe cut record 'hidden rivers' (name borrowed from Olly Watson), which went through several changes of artwork and title over the years as I just couldn't figure out what I wanted it to be. It ended up being accompanied by a laboriously-inked comic strip, which itself was rearranged and re-worded over a couple of years.

The project is kind of an exercise in futility. 'Sea Glass' was going to be the name of my solo music project but I never really did anything with the name and so the project sort of failed to happen. These remaining, interlinked artefacts are presented in a kind of casket, a monument to something that never really was.


contents
Some of these items will be distributed separately and some won't. There are five of these box-sets in existence and I plan to stock them in four friendly shops. So next, I'll put an email together to ask them.

I used to try to insist on completing projects as quickly as possible, preferably in one day, so that the urgency was kept in, along with the flaws. When I started something that I didn't go on to finish right away, I assumed it would never be finished. Lately though, I've found myself completing a few longer-running projects that I pick up and put down over the years and I've found a different sort of satisfaction in this.

As a complete object, this is probably the most ambitious project I've completed since I was a student, and it has boosted my confidence that my current, even more seemingly-unending project might one day be finished too.
Posted by hrjireland at 18:00

This blog is a place for me to share and talk about things I've made. These usually take the forms of writing, recording and book works.